Back in August we were loaned 3 Dorper Ewes to practice herding. Their owner referred to them as "cheap sheep" so if anything happened to them they wouldn't be too expensive for us to replace. We also assumed that they are older ewes. These sheep have been wonderful for working Minnie and Zoe on. We have been using them off and on since we brought them home.

Minnie loves herding and loves being able to work the sheep. We now believe Minnie had a secret Christmas wish of more sheep. Well she must have been a VERY good girl because on Christmas Eve morning, 2 hours after doing chores, Glenn looked out to see that one the ewes had 8 extra legs. That's right she gave birth to 2 ram lambs. We had no idea that she had been bred before coming to our house. Mom and babies are doing great. We have named them Dasher and Dancer in honor of the holiday season.

This is Dasher, he has a black down his neck and a black spot on his back. 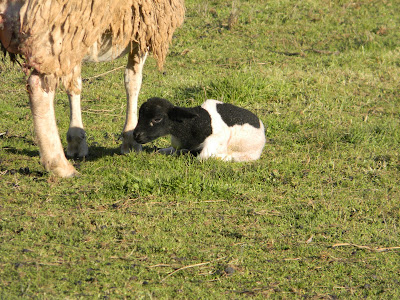 Dancer on the left, Dasher on the right. 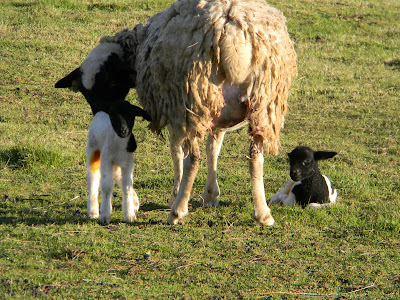 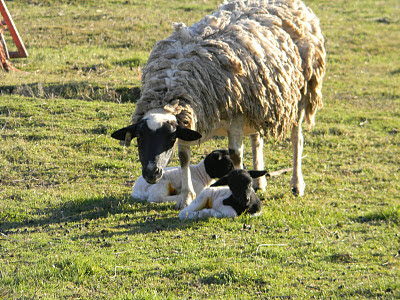 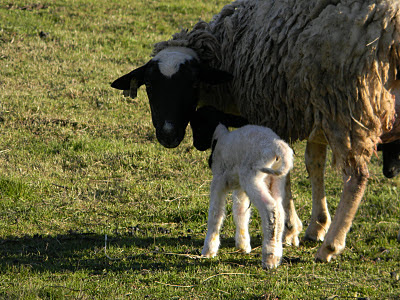 The above photos were take yesterday. Today the weather turned to cloudy and threatening to rain so we moved the ewes and lambs into the barn. Yesterday we also noticed that a 2nd ewe has developed and udder. I looked at her again today and she looks like she could go anytime now (keep in mind I'm not a sheep expert). Here are some photos taken with my phone in the barn.

Here are the three ewes. The one in the middle is the one who just lambed. The spotted one on the left is the one that is bagged up and I believe will lamb soon. Then we have the one on the left. After spending some time looking at her, we also believe that she is bred and will be lambing in the next couple of weeks! 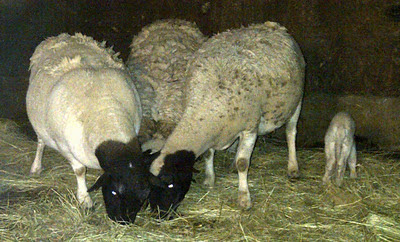 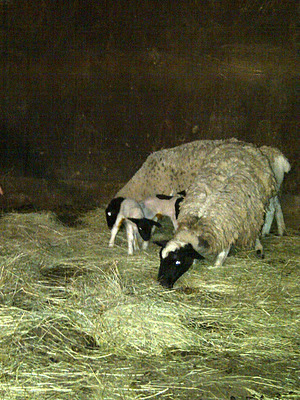 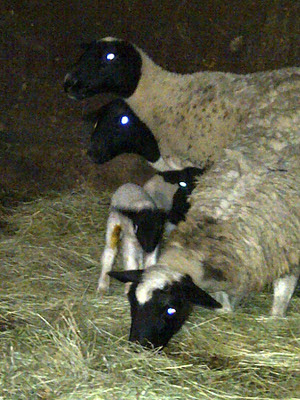 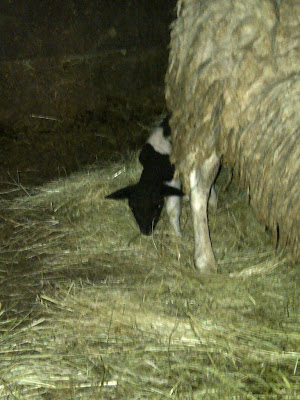 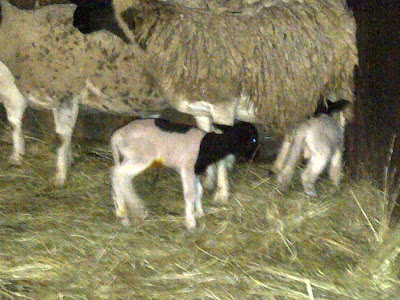 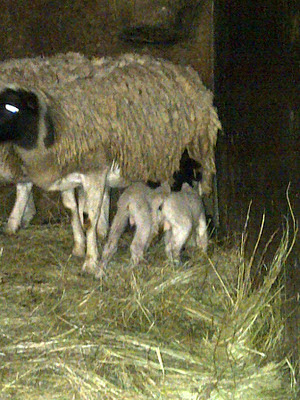 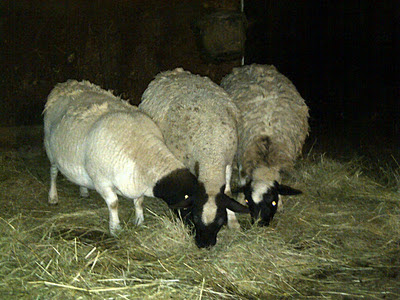 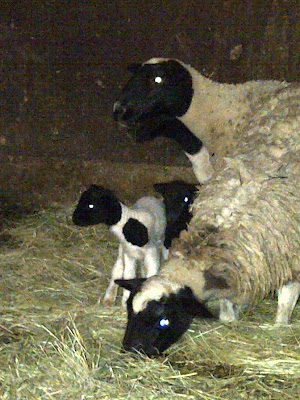 With more lambs to come, I'd say Minnie got her wish. ;)

(On a side note-we have spoken with ewes' owner and will continue to handle the lambing for her. She is busy with her critically ill husband. We haven't had a chance to find out if this was as much a surprise to her as it was to us. However I'm guessing she would have mentioned it or asked for the back before now if she was expecting it.)
Posted by Spyrock Cardigans at 7:36 PM