Minnie has had a pretty big couple of weeks. She had her first trip down to the ranch with Glenn. She's now official been to our Spyrock Ranch. I hear she had a blast down there! 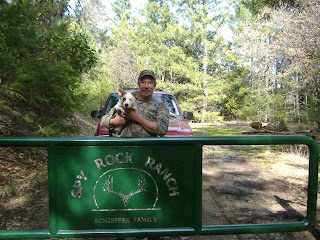 When the got back home to Oregon Minnie and I went to visit Huxley and Carolyn at work. It was very cute seeing daddy and daughter together. 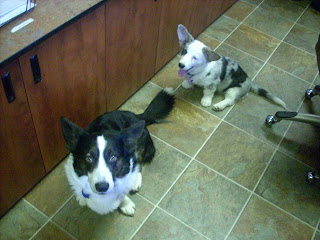 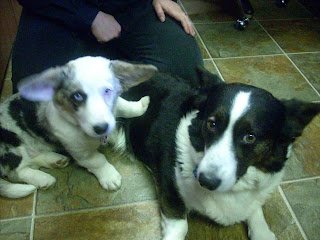 I think it's safe to say she likes her daddy. 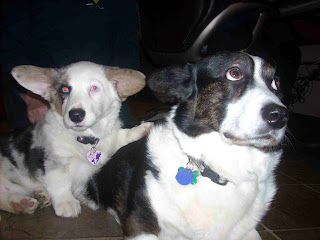 However, I'm thinking this isn't what Huxley had on his schedule for the day... 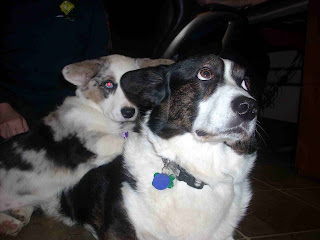 Poor Huxley, I think he's pouting because he knew I don't have photoshop for his owie. 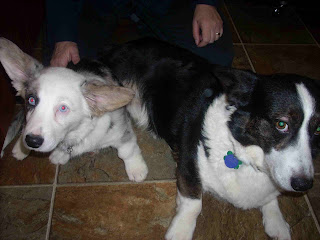 Then Minnie got to play with Texas Bud. 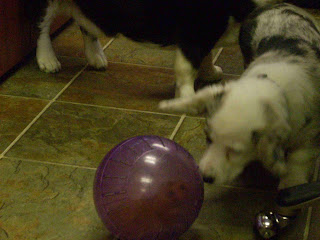 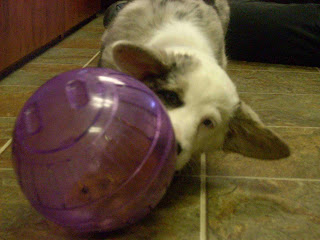 Getting patted one last time before it's time to leave. 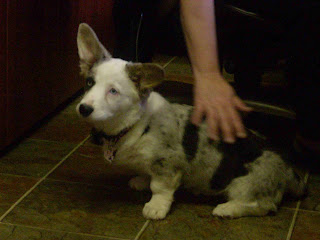 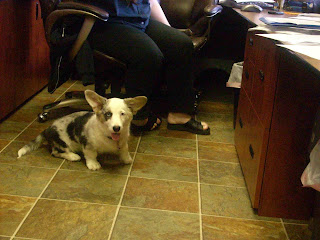 Then Minnie got to met her "cousin" Kylah for the first time. She had so much fun playing with her. 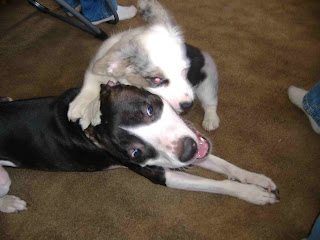 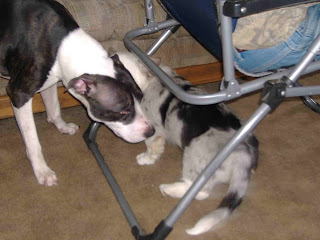 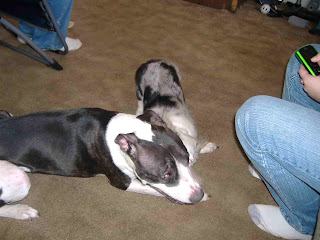 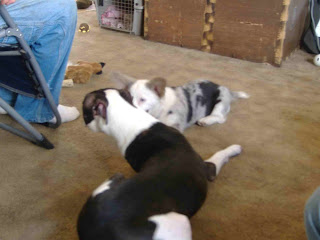 After such a big week, it was time for nap on the couch. 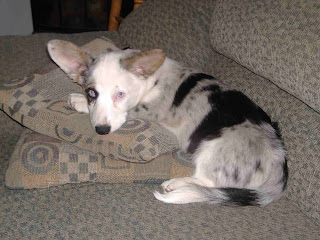