We are members of a local ASCA club and they had a play day yesterday. Both Zoe and Minne got to take turns working the sheep. Glenn handled them both. He loves herding and knows what he's doing. His first Cardi was a Herding Intermediate.

Minnie hadn't worked sheep since last fall when she tested for her first HCT leg. Her are videos of her first go.

Zoe was next. This was Glenn and Zoe's first time working together. They both like each other and are just getting used to each other. She is by far more comfortable moving the sheep in a come by motion.

Here is part of Zoe's second run. She started to get comfortable with away to me. :)

Zoe had a third go with the sheep but I had left by then to go to work. Glenn reports that she continued to improve and is very pleased with her progress. Her progress will continue as we will be getting some sheep loaned to us. This will be great because then Glenn will be able to work the girls on a regular basis and we can get them ready for the trial our ASCA club will be putting on during the Harvest Festival in September.
I also took pictures of the girls. However I'm an action mode addict and have over 500 pictures to sort through so I can find a handful of good ones. I'll probably put off doing that until Monday or Tuesday.
Until then...
Posted by Spyrock Cardigans at 11:11 AM No comments: 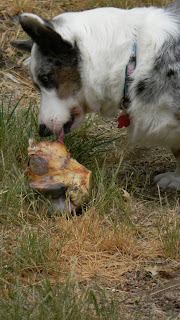 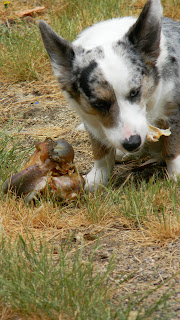 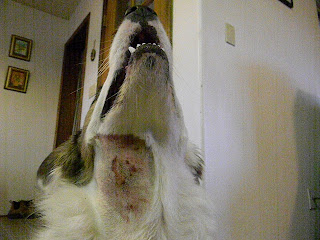 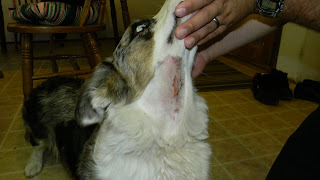 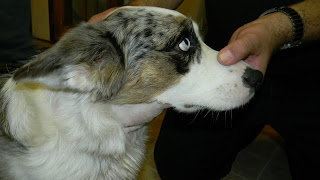 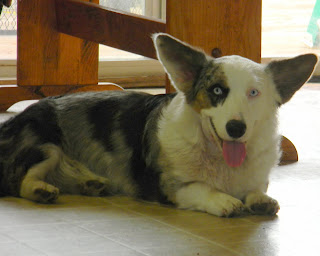 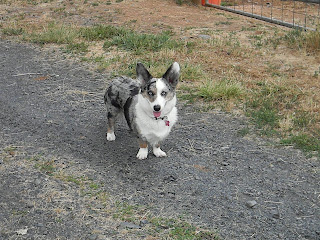 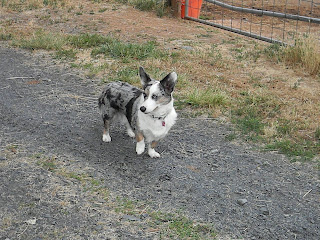 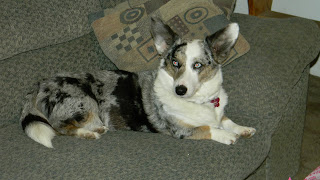 Posted by Spyrock Cardigans at 10:38 AM 2 comments:

Zoe has fit right in as a member of the family. She not a fan of having to wear her "panties", but tolerates it well. She does however roll on the carpet in an attempt to get them off.

Her and my other dogs and the cats get along great. We have nicknamed her the "fun police". No one is allowed to have too much fun without her being involved. :)

Zoe and I will be looking into starting some obedience classes once she's out of season. She heels nicely but when we stop she turns to look at me and stack. I'm working on teaching her to sit when we stop. She looks at me like "lady what is your problem? I'm doing it right, you're the one messing up". I would say she's a show girl through and through. :)

Here she is in her Large/XL dog box. We went to buy one for her and this was the only size they had in stock, so she gets queen sized accommodations. 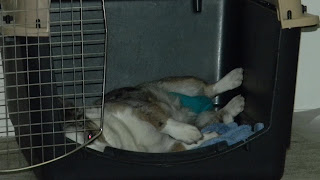 She has adopted the hedgehog for her own toy. It will only be a matter of time until I'm picking up its innards from the carpet. :) 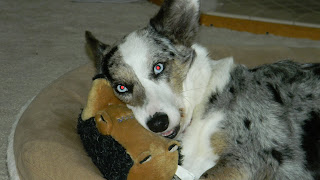 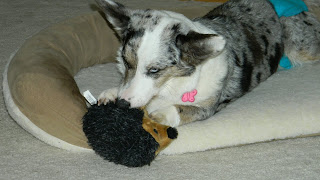 We took Zoe over to visit Minnie yesterday. I was able to get this picture of them. (Please excuse Minnie's color. She had a bath a week ago, but she's a farm girl who loves to get dirty) 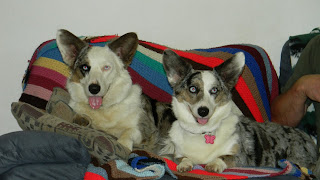 Posted by Spyrock Cardigans at 12:12 PM No comments: