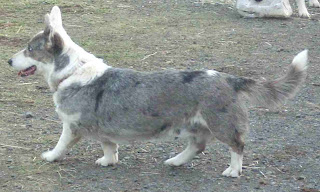 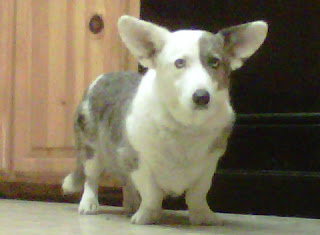 Gabbi had been a part of Glenn's (my step-dad) life for about 14 years. I met Gabbi in 2005 and she was the dog that made me fall in love with breed. She was loved immensely and will be missed greatly. The house isn't the same without our boss girl. Minnie seems to be doing okay though. We were concerned the passing of Aunt Gabbi would upset her world, but she seems to be okay for the most part. Perhaps she new before we did just how close Gabbi's time was. Have fun herding those sheep in the sky Gabbi-Goo, you will be forever missed.
Posted by Spyrock Cardigans at 9:17 PM 5 comments: