Oh my, how time flies!

Today marks 2 years since I made a very special day trip to Minnesota. I left Medford at 6 in the morning, flew into St. Paul. There I met Garrett for the first time and picked up this beautiful blue puppy who at the time was called Janey. I then got back on the plane with the puppy as my carry-on and we made our way back to Southern Oregon. I can't remember exactly what time I got home (it was 10 or 11 pm) and the puppy met the rest of the family. There were tears involved. This little puppy meant so much to my family (especially Glenn) as she traced 6 generations back to Glenn's original cardigans. We decided to rename her Minnie in honor of where she came and her registered name became Ebonwald A Minnesota Blessing, and a blessing she has been! 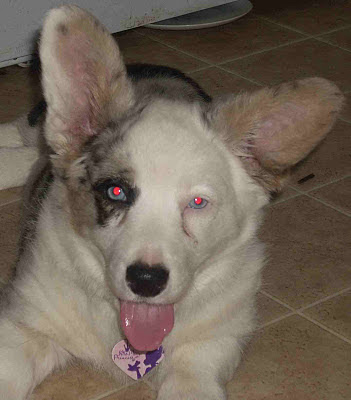 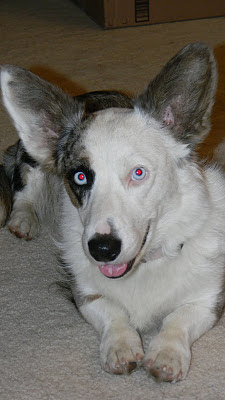 It was apparent from early on that she had a great interest in sheep ;) 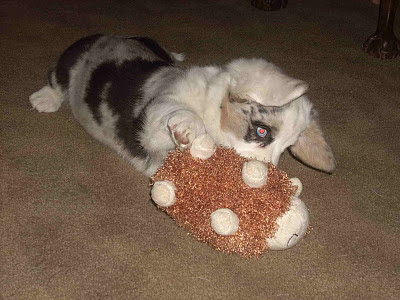 When she was 15 months old, she saw and worked sheep for the first time. She had instant drive and desire to work. 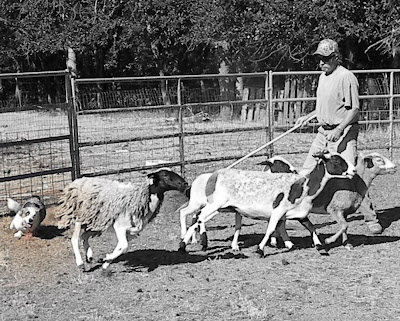 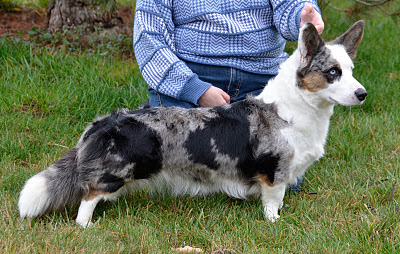 We are so grateful to Garrett for allowing us to bring her home. In the two years that she has been with us she has competed in Rally earning her RE, earned her CGC, earned her STDs title with ASAC, and completed one leg towards her HTC with AHBA (we haven't had the option to test for the second leg yet).

We have several future plans for her as well. The biggest and soonest upcoming plan is that on her next heat cycle (due in the next month or so) she will bred to CH Tailbrite Dark Before Dawn "Crescent". We are really looking forward to seeing what this litter produces.

We also plan on training in agility (which we started last week) and will be competiting in that in the future along with more herding trials both ASCA and AKC.

Here's looking to another great 2 years/lifetime with her!
Posted by Spyrock Cardigans at 4:34 PM