We have had a full house this last weekend. Fri-Sunday I was watching my sister's dog, Kylah. Then from Sunday until this Thursday we have Minnie. So that mean for several hours on Sunday there were 5 dogs in our house. I attempted to get a photo of them all together, but with 5 dogs all thinking different things, the few I have below are the best (and then to top it off, I cut off Minnie's nose.
Left to right:Minnie, Kylah, Bandit, Girlfriend and Zoe.
*Classic group photo where someone has their eyes closed. :p 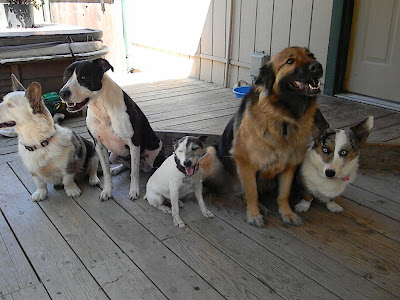 Bandit managed to keep his eyes open for this one. 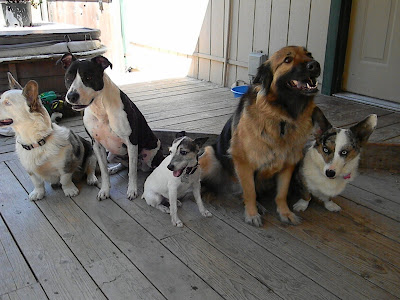 Zoe is a couch queen. I took this at my parents house. 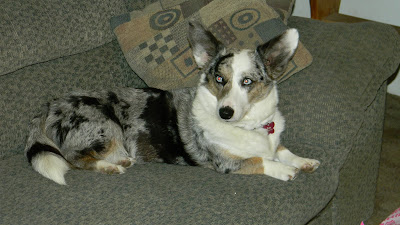 Zoe and Bandit have become snuggle buddies. It's not uncommon to find them curled up together on the couch. It's amazing how almost everyone loves Bandit, including Zoe. 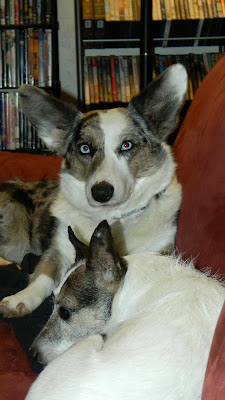 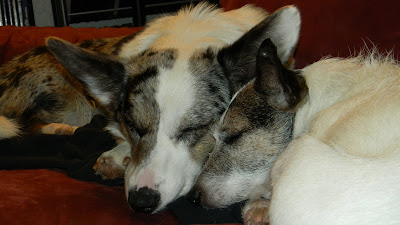 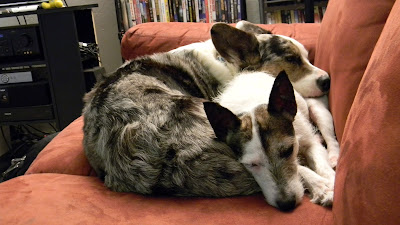 Zoe and Minnie spying on the neighbors. The dogs have learned if they stand on the hot tub (which doesn't work) they can see over the 6ft wood fence. 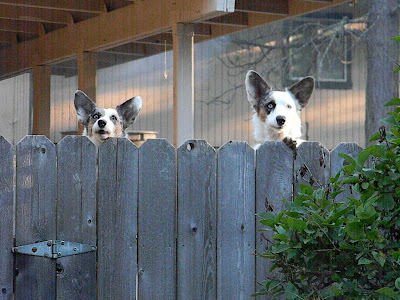 Then they proceed to bark at neighbor. How dare he be outside cleaning his travel trailer! lol 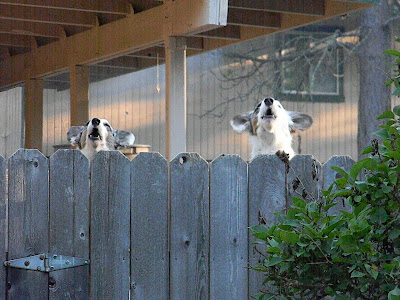 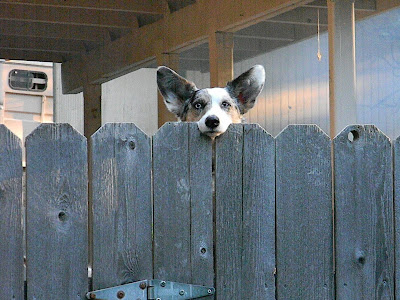 I took pictures of the girls' offsides. I think they look similar however Minnie is heavier on the "eyeliner" 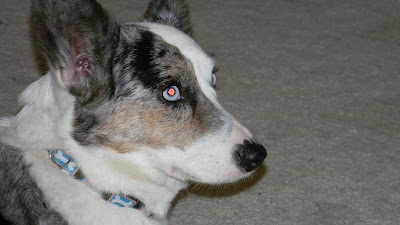 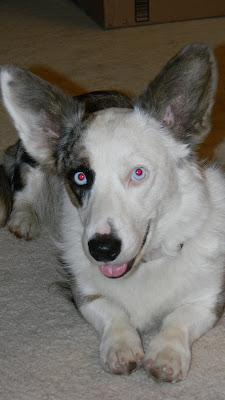 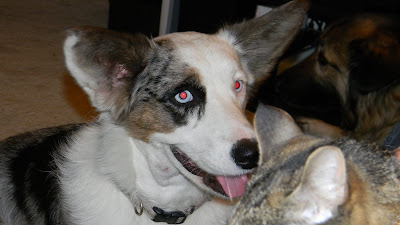 There is also a new game in my house. The cat, Mosaic, has learned she can chase Minnie. It can be quite entertaining! 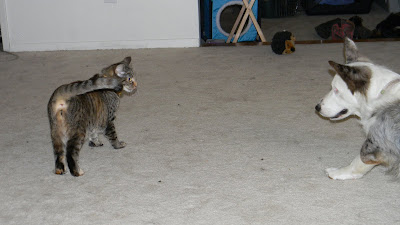 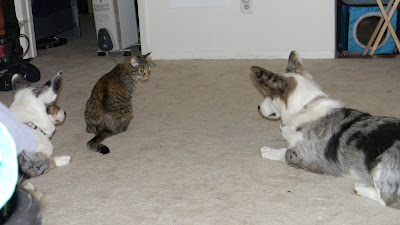 This weekend we will be headed to Bandon. We will be cheering on our Corgis friends in their conformation classes. We will also be attempting to complete Minnie's Rally Novice. If we are successful on Saturday with that, then we will also try for a Rally Advanced leg. Zoe is just coming for moral support. I haven't entered her Rally as she needs work still with her healing, but I'm putting that off until she is less dependant on a handler when it comes to herding.
Wish us luck!
Posted by Spyrock Cardigans at 3:41 PM